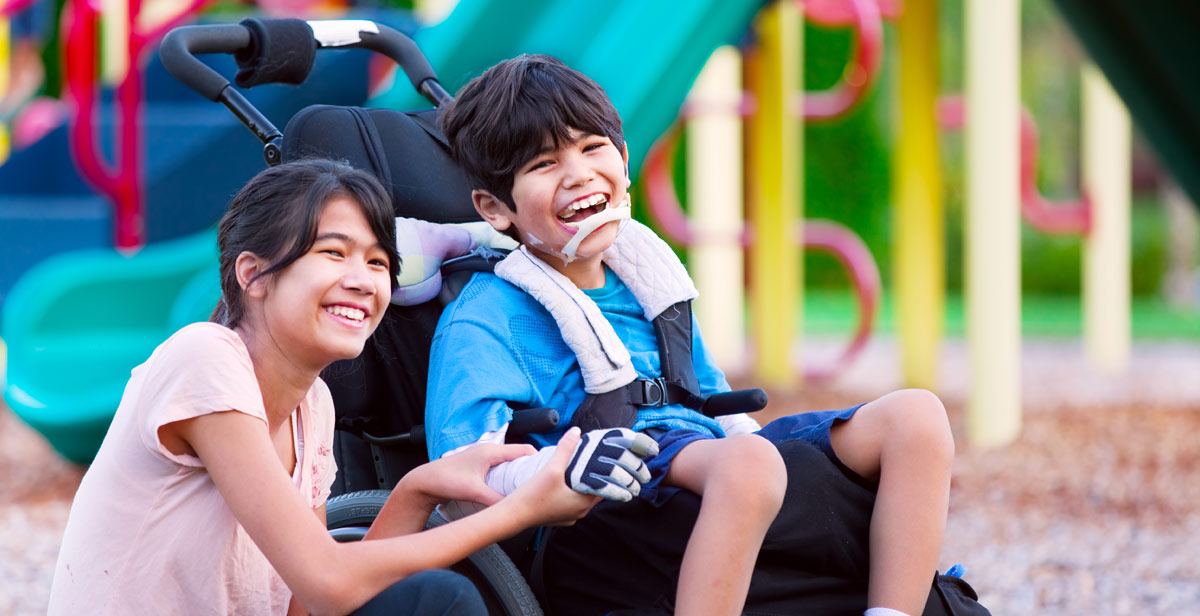 Sending a child off to kindergarten is a big step for any family, but undoubtedly more so for families whose children need extra help to make the transition because of their special needs. Almost 4% of Ontario children enter senior kindergarten with recognized special needs based on teacher reports between 2005 and 2007. The situation is complex. Under the definition of special needs is a broad range of disorders affecting behaviour, communication, as well as physical or intellectual development. To add to the complexity of the issue, children often contend with a combination of problems rather than one single condition, which require tailor-made, flexible support. Children with special needs may also have above average abilities in certain areas, adding once more to the complexity of providing appropriate resources to enable them to adjust to school.

According to Statistics Canada, in 2001 more than 60% of children with special needs in Canada were integrated into regular classes, another 29% attended a mix of regular and special education classes, while only about 9% were in special education classes exclusively. The integration of children with a range of special needs into regular community classrooms has changed family expectations and schools’ responsibilities. Families must take an active role in planning their child’s transition from home or pre-school into the formal school system. Services to help special needs children shift from the responsibility of health or social services agencies to boards of education once children enter kindergarten, and additional resources or special aids already in place at child care centres or pre-schools do not automatically accompany the children into their kindergarten classrooms.

How have families adapted to the challenges around school entry? How effective are current procedures for helping children with special educational needs move into the school system? Some preliminary answers come from our research with families of special needs children entering Ontario kindergartens for the first time from 2005 through 2007. Prior knowledge came largely from U.S. research, which may not be entirely relevant to Canadian families. By collecting data from both families anticipating the transition from pre-school to kindergarten, and families whose children have already made the shift, we have been able to identify some strengths and weaknesses in the existing process. The success of transitioning to school for children with special needs depends greatly on the availability of support at the school to facilitate the child’s learning.

The situation in Hamilton – A Case Study

Within the Hamilton school board, about 85-115 children with special educational needs start kindergarten each year. Boys identified with special needs outnumber girls by a 3:1 ratio. A significant percentage live with a lone parent, similar to the nearly 20% of all children under the age of 5 years who are in lone parent families in Canada.

Two groups of parents with special needs children participated in a research project in the city of Hamilton with the goal of examining special need children’s transition to school and their parents’ satisfaction with services during this transition: one group with pre-school aged children and a second similar group whose children had already made the transition into kindergarten. A majority of parents had at least a high school level education.

Assessment of children’s developmental health came from direct testing, as well as from parents and kindergarten teachers. Parents completed questionnaires about the family, its resources, stresses, and perceptions of their own competence, in addition to talking to interviewers about what they had experienced when arranging for their children to enter kindergarten, their expectations, and overall satisfaction with the resulting classroom situation.

Research revealed that having children with special needs in formal schooling offers some relief to families, by lessening certain demands that are put on them. For instance, families with pre-schoolers reported more personal stress and family-social demands than families whose special needs children were already in kindergarten. This may relate, in part, to the shift in time and responsibility from being the sole caregiver or the decreased financial and logistical impact of more piecemeal private care for pre-schoolers.

The first contact between families whose children were due to enter kindergarten and school authorities was inconsistent, but generally satisfactory, and was frequently assisted by pre-school ‘Resource Teachers’ who knew the children and acted as conduits of information to families about procedures. While recommendations for pre-kindergarten family and school planning often came from service providers, more than half of families initiated the contact themselves. Communication between families and the school was relatively smooth but invited some improvement. In more than half of the cases, school officials and parents had already met or had arranged a meeting before the child arrived at school. Often all of the communication was done verbally as opposed to written. Similarly, most families reported an exchange of information occurred between parents, previous early childhood education staff, and school officials or at least a plan was in place to do so. Nevertheless, this information sharing was sometimes verbal as well. Perhaps not surprisingly, given these circumstances, parents expressed some confusion over what treatment or assistance their children would receive in kindergarten: almost half the parents were uncertain of what to expect. Of those who had definite expectations, 20% anticipated seeking help at school or a combination of school-based help plus other assistance or treatment outside of the school, sometimes obtained privately, while another 20% planned to obtain outside help only.

Families whose children had already entered kindergarten were less satisfied with the performance of school authorities in following through on perceived commitments, such as producing appropriate plans and promised resources. School services and resources such as educational assistants were often delayed, of inconsistent quality, or unavailable. According to parents, children received less than half the support promised before their transition into school. In fact, parents of special need children in school expressed concern that the quality of care their children were receiving was lower after they entered school than before.

The disappointment expressed by parents was echoed by teachers’ ratings of children’s progress and adjustment in school. More specifically, children rated as having higher levels of social, emotional, language and cognitive development by teachers were also perceived by parents as receiving more care and attention in class and getting more enjoyment from school.

Families’ disappointment and frustration may reflect scarce resources in addition to miscommunication. One recommendation from the research is for a more streamlined, coordinated system to encourage cooperation and reliable, documented information sharing among schools and other agencies serving children with special needs before the transition into school occurs so that all parties know what help can realistically be promised and provided in kindergarten. After school entry, more accountability would result from the monitoring of services by school authorities and regular written communication with families to ensure their children’s special educational needs are met.