A report on the developmental health outcomes for nearly 309,000 Australian children has been released by the Australian government.

The report details the fourth national collection of the Australian Early Development Census, which brings the total number of children who have participated in the collections to over 1.2 million.

Some key findings from the 2018 collection include: 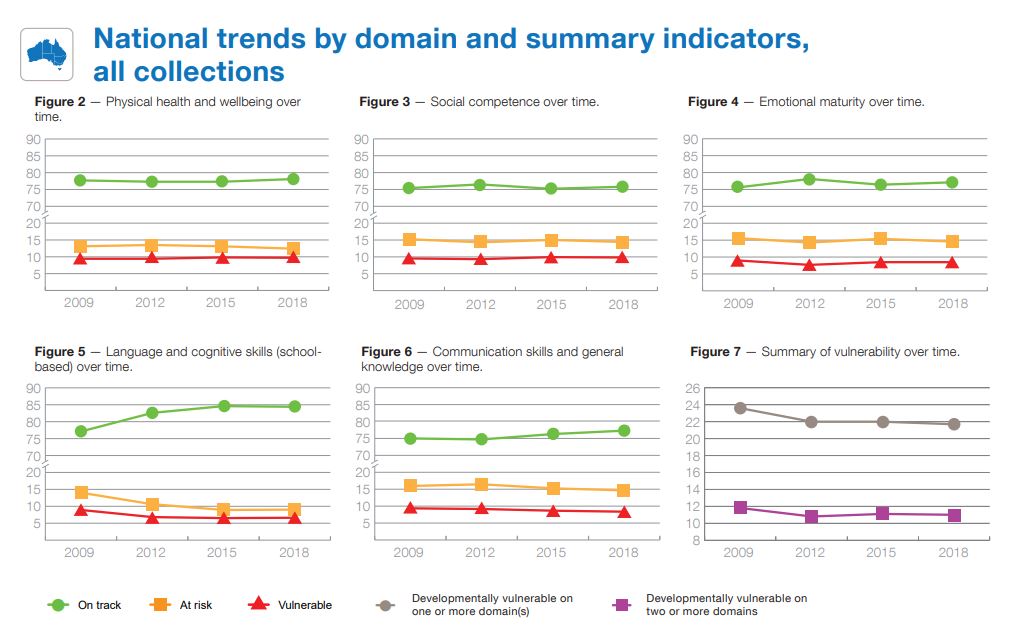